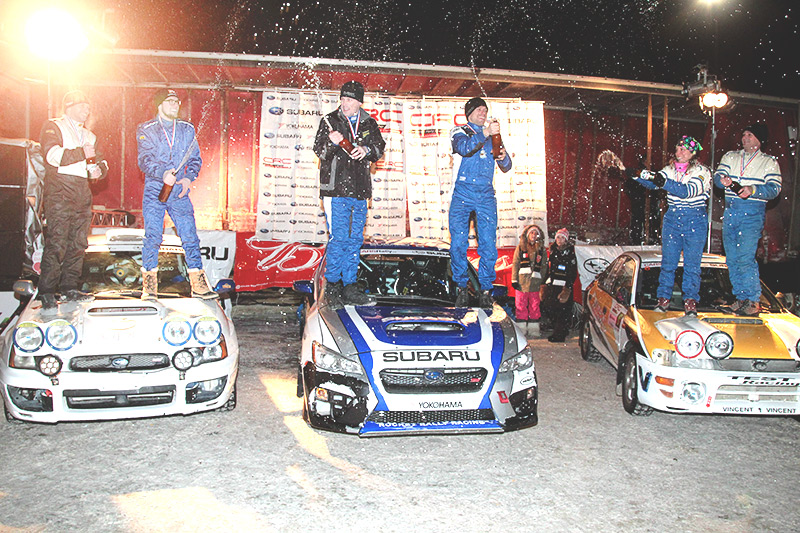 (MISSISSAUGA) – Subaru Canada, Inc. (SCI) is proud to announce that Subaru Rally
Team Canada (SRTC) victoriously completed the first round of the 2015 Canadian Rally
Championship (CRC), Rallye Perce-Neige, in Maniwaki, QC. Seven-time CRC driver
champion, Antoine L’Estage, and three-time CRC co-driver champion, Alan Ockwell,
quickly felt out the all-new 2015 Subaru WRX STI and continuously got quicker
throughout the event. The first outing of the 2015 CRC for SRTC was highlighted with
fantastic results, capturing 14 stage wins, out of a possible 16, and being welcomed on
the podium with two other Subaru siblings. A total of eight Subarus finished in the top 10
at the 50th Anniversary event of the Rallye Perce-Neige.

With its own challenges, Rallye Perce-Neige had rough conditions with extreme cold and
snow-covered roads, while also playing host to a reunion of sorts with a grouping of
seasoned rally veterans all competing for the title. The snow-covered roadways tested
new vehicles and teams throughout the entire day, with some facing more hardships than
others. L’Estage and Ockwell quickly found their groove being in a new vehicle and did
not miss a beat. 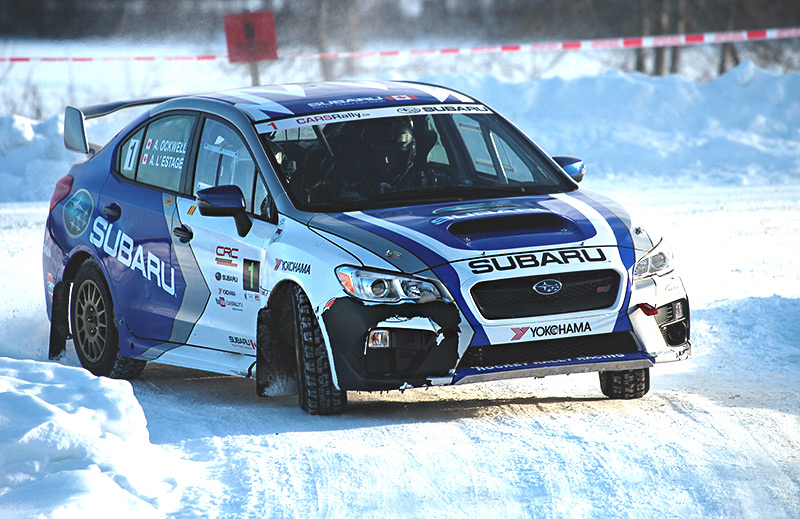 “We had a great first event for myself with Subaru Rally Team Canada and the car ran
flawlessly,” said L’Estage. “I was getting more and more comfortable with the car as the day progressed and when we went into the long stages in the forest I was able to set some
good stage times. The car performed great and we had a fantastic final result – this is the
best way to start the season.”

“The car feels fantastic and Antoine and I are getting settled in the new vehicle and
increasing our comfort level,” said Ockwell. “It is absolutely amazing to be back and
running with Subaru Rally Team Canada – I was so, so happy when I got the call a couple
of weeks ago and found out.”

The 2015 Subaru WRX STI that SRTC competed with was a completely new vehicle
painstakingly prepared and built from the ground up for weeks on-end by Rocket Rally
Racing for the 2015 season. SRTC’s previous vehicle was damaged severely after an
unfortunate ending to the 2014 CRC season at Rally of the Tall Pines, just two months
ago. There was little-to-no room for error in the development and construction of the
2015 Subaru WRX STI rally car, as there was such a tight deadline to have the vehicle
prepared.